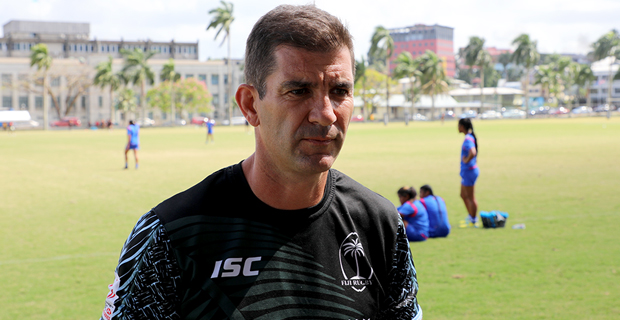 Fiji Airways Men's National 7s coach, Gareth Baber says World Rugby has made a big mistake in the Olympic Year by changing the formats for tournaments in Hamilton and Sydney.

Quarterfinals have been dropped for men’s tournaments in Hamilton and Sydney and the four group winners advance directly to the semifinals with the second-placed teams dropping out of the running for the cup.

In an interview with Fijivillage, Baber says as a coach, he was part of some of the discussions with World Rugby over last year or so and is let down with the decision to change the format.

Fiji Rugby Union’s CEO, John O'Connor says World Rugby has written to them advising that quarter-finals will not be part of two day tournaments in Hamilton, Sydney and Paris as the World Rugby wants to incorporate both men’s and women’s competitions.

We have sent questions to World Rugby regarding the change in format.

According to RugbyPass, World Rugby insists changes to the Sevens Series format will not be revoked despite anger from coaches and players who now face truncated legs in Hamilton and Sydney.

Critics of the changes claim the insistence on running the HSBC World Rugby Sevens Series men’s and women’s events together has meant that unless tournaments can run for three days – as happened in Cape Town – there isn’t the time to fit in the last eight round.

They say this is why for the next legs in Hamilton and Sydney being staged over two days – the pool winners in the men’s events head straight to the final four.

A World Rugby spokesman told RugbyPass that this was discussed last year and they are trying to deliver more men’s and women’s events to create greater synergy adding they want to create more opportunities for the women’s game as well and it is a fine balance.