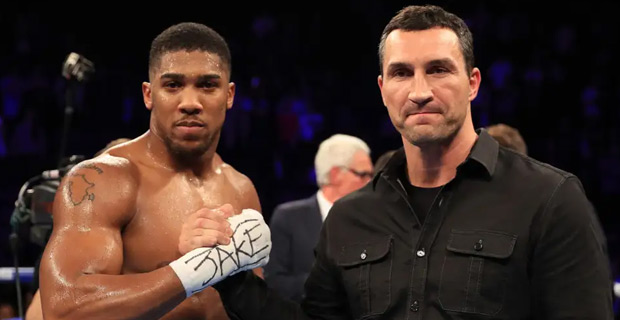 Britain’s Anthony Joshua has been taking advice on his training regime and diet from former heavyweight champion Wladimir Klitschko ahead of his title rematch with Andy Ruiz Jr. in Saudi Arabia on Sunday.

Mexican-American Ruiz produced one of boxing’s biggest upsets when he dethroned the previously undefeated world champion Joshua with a seventh-round stoppage at New York’s Madison Square Garden in June.

Klitschko was defeated by Joshua in 2017 at Wembley Stadium with a technical knockout and the two boxers have stayed in touch even after the Ukrainian retired later that year at the age of 41.

Joshua was dropped to the canvas four times in the June bout by Ruiz and the 30-year-old Briton is looking for redemption having triggered a rematch clause, admitting his first defeat had made him a smarter fighter.

The boxing program for the second WBA, IBF and WBO title showdown in Saudi Arabia between current world champion Andy Ruiz Jr and former champion Anthony Joshua will start at 6am this Sunday.

CCTV cameras will soon be installed in locations around Nausori Town to help Police deal with growing concerns about the increasing number of criminal... 43 minutes ago
LATEST NEWS

A 19-year-old woman will give evidence in her uncle’s rape trial which will begin next Wednesday. Suva High Court Judge Justice Salesi Temo was ... 40 minutes ago