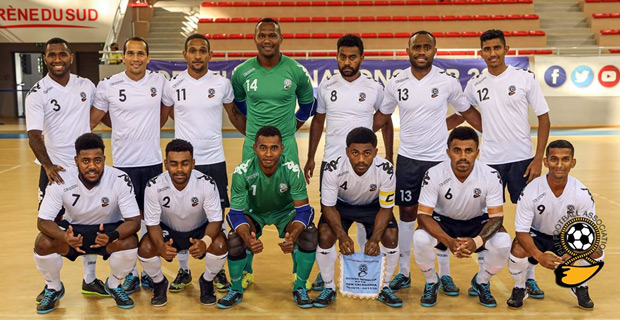 The Vodafone Fiji Futsal Soccer team that was stopped from leaving New Caledonia because of a measles scare will be arriving in the country tomorrow.

The team was tested and it was confirmed that the players did not have measles.

The team was supposed to return on the 4th of November however, they were stopped as health authorities in New Caledonia had suspected that some players from other nations competing in the OFC Futsal Championship may have been infected by measles.

There were concerns that some players in the Tongan team may have measles and Fiji had a match against the Tongan side in the pool stages of the OFC Futsal Championship.

CCTV cameras will soon be installed in locations around Nausori Town to help Police deal with growing concerns about the increasing number of criminal... 52 minutes ago
LATEST NEWS

A 19-year-old woman will give evidence in her uncle’s rape trial which will begin next Wednesday. Suva High Court Judge Justice Salesi Temo was ... 49 minutes ago

Unemployed Fijians took advantage of Open Market Day 2020 today at Sukuna Park which was initiated to provide a platform to showcase and sell their ... 2 hours ago