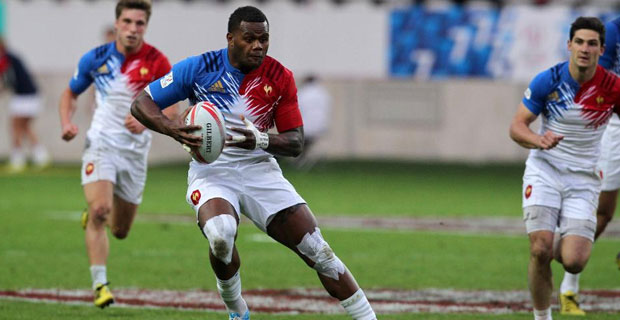 Vakatawa in action for the France 7s in 2017 [image: World Rugby]

Virimi Vakatawa has been included in the French 42 men extended squad for the upcoming Six Nations Championship.

Vakatawa who has also represented France in 7s Rugby made his debut in the 15s game against Italy in 2016 where he scored a try in the 23-21 win.

The 27 year old has scored 8 tries in 21 appearances for France so far.

Meanwhile, Alivereti Raka has been omitted from the new look side which contains 19 uncapped players.

France takes on defending champions England in their first match of the Six Nations Championship on the 3rd of next month.