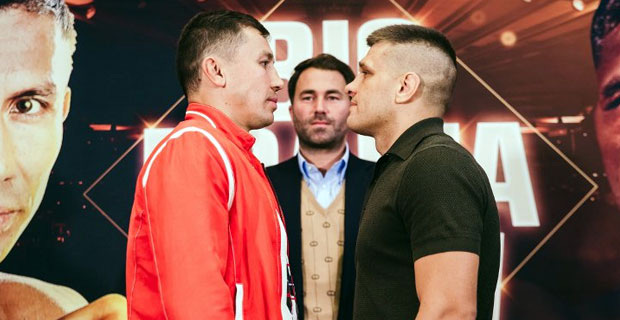 Golovkin is set to earn a reported $US15 million for his fight against Ukrainian former Olympian Derevyanchenko who, despite having only 14 pro fights to his name, is considered an extremely strong contender having taken former Golovkin foe Daniel Jacobs the distance.

The fight is the second in Golovkin's comeback trail following his two fights with Saul 'Canelo' Alvarez, in which he claimed a draw before dropping a majority decision loss - the first of his career - in September 2018.

Golovkin has a reputation as one of the fiercest punchers in middleweight history, with his vicious knockout looking like a modern day highlight reel.

The fight program starts at 1pm.