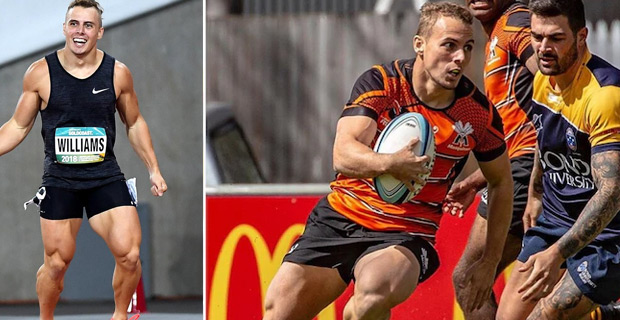 The fastest rugby player in the world will wear an Australia jersey in Dubai next weekend when former track sprinter Trae "Quadzilla" Williams makes his World Sevens Series debut.

22-year-old Williams boasts a 100 metres personal best of 10.1 seconds, making him the fourth-fastest Australian in history.

His time of 10.1 seconds over 100 meters makes him even faster even than US sevens stars Carlin Isles and Perry Baker.

Australia Sevens Coach Tim Walsh says Williams was recruited in May and has adopted very quickly, a sport which he has played in High School.

A showdown looms with Williams' sprint rivals Baker and Isles, with Australia to face the US in the group stages next weekend.

Isles made his feelings known about his young challenger in May when he tweeted "I'm not losing no race period! Fastest forever!" in reaction to Williams' recruitment to rugby.

The Dubai 7s starts next Friday.

Fiji’s seasoned diplomat and former Minister for Foreign Affairs, Ratu Inoke Kubuabola has been nominated as Fiji’s candidate for the position of ... 27 minutes ago