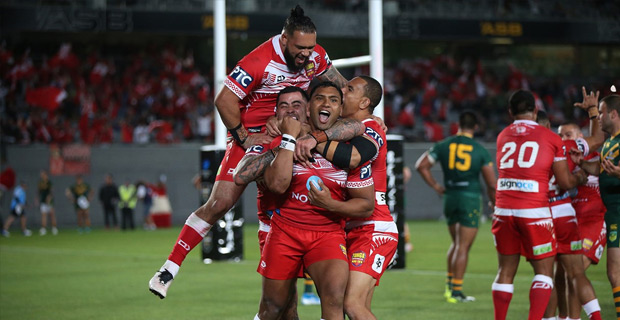 A Tonga invitational XIII has produced one of the greatest performances in rugby league history by taking down world champions Australia 16-12 in Auckland.

In front of a crowd of 25,257 at Eden Park, the Tongans came back from six points down at halftime to claim a famous victory. It is Australia’s first defeat to a side other than New Zealand, England or Great Britain since going down to France in 1978.

Tonga players were in tears as soon as the fulltime siren sounded soon after. The Kangaroos entered the match as hot favourites with a side boasting James Tedesco, Latrell Mitchell, Damien Cook, David Klemmer and Boyd Cordner.