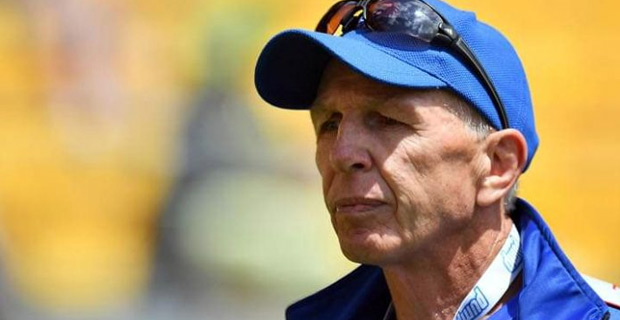 Sir Gordon Tietjens has named his squad for the first two legs of the HSBC World Rugby 7s 2019-2020 series. [Photo:NYTimes]

Sir Gordon Tietjens has named his Samoan squad for the first leg of the HSBC World Rugby 7s series.

Entering the final year of his 4-year contract with the Manu Samoa 7s, Tietjens is looking to improve on last year’s 56% win record.

The squad is essentially the same team that participated in the recent Olympic Qualifier in Suva.

Players such as Joe Perez, Belgium Tuatagaloa and Johnny Vaili have been named in the Samoan team.

Samoa is pooled with Canada, New Zealand and Wales for the Dubai 7’s.

Meanwhile, Fiji’s first pool match is against Japan at 4.02am on  Friday, Fiji will then take on Argentina at 10.04pm the same night and they will face France in their last match at 4.02am on Saturday.

* 14. Paulo Toilolo replaced by Kelvin Masoe whose visa came through.

Fiji’s seasoned diplomat and former Minister for Foreign Affairs, Ratu Inoke Kubuabola has been nominated as Fiji’s candidate for the position of ... 28 minutes ago