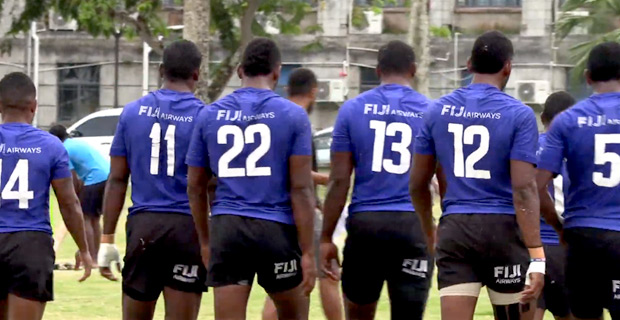 Fiji Airways Men’s National 7s team Coach Gareth Baber says he would love to take credit for the players' ability to offload the ball in difficult situations but admits it's just how rugby is played in Fiji.

Fiji are currently preparing to retain their World 7s Series title which kicks off at the Dubai 7s this Sunday followed by the Cape Town 7s next week.

Fiji have only managed two Dubai 7s wins which were in 2013 and 2015 since its introduction in 1999 while they have been runner ups for a record six times.

Fiji’s first pool match is against Japan at 4.02am this Friday, Fiji will then take on Argentina at 10.04pm the same night and they will face France in their last match at 4.02am this Saturday.

A 37-year-old man who is alleged to have raped, assaulted and robbed a 58-year-old woman in a settlement in Suva has pleaded not guilty to all his ... 6 minutes ago

A 36-year-old man from Samabula who was allegedly found with two bags of methamphetamine and five bullets of marijuana has been remanded in custody ... 10 minutes ago

Former Lawyer Shazran Abdul Lateef and Zoe Maharaj Moore who are charged with drug-related offences will take their plea on the 22nd of this ... 13 minutes ago

Police and the Land Transport Authority of Fiji are searching for a suspect of a hit and run incident which caused the death of a man in Saweni, ... 18 minutes ago

A man with Covid-19 left managed isolation in Auckland for more than an hour and went to a supermarket in the central city. The man, New Zealand's ... 60 minutes ago
More News
TOP