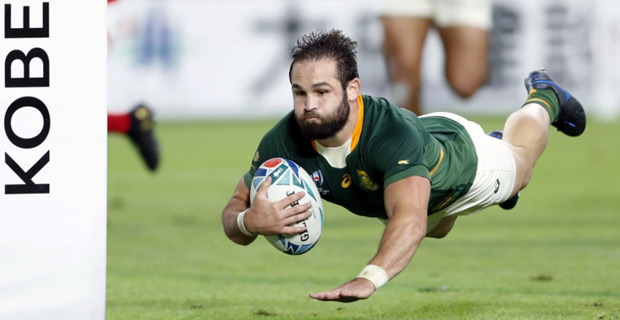 The South Africans scored a total of 9 tries, seven tries in the first half and two in the second spell while Canada's only try came in the second half from Matt Heaton.

Sprinboks half back, Cobus Reinach scored the fastest hat-trick in the Rugby World Cup in just 10 minutes.

South Africa is expected to face either England or France in the quarterfinal which on the 19th of this month.

In today's Rugby World Cup matches, Argentina will take on USA at 4.45pm, Scotland play Russia at 7.15pm while Fiji will face Wales at 9.45 tonight.