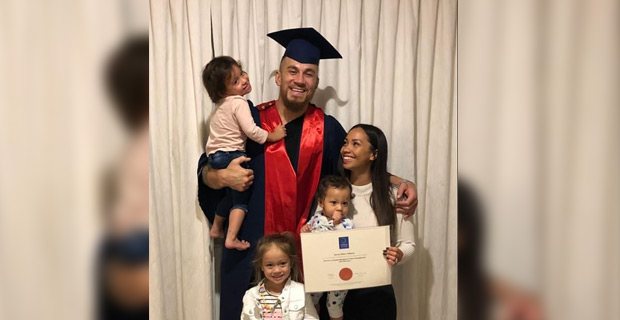 Sonny Bill Williams has announced that he graduated from his Bachelor's Degree in Applied Sports Management with Distinction.

The excited All Black shared the news on Instagram, saying "Yes a Pacific Islander, boxer, league, sevens & rugby player can GRADUATE! Don't ever let anyone pigeonhole you”.

There is regular speculation about what the 33‑year‑old All Black, who initially made his name as a league star, will do after the Rugby World Cup.

Meanwhile the World Cup will kick off on September 21st in Japan.

New Zealand is pooled with South Africa, Namibia, Canada and Italy while Fiji is pooled with Wales, Australia, Georgia and Uruguay at the Rugby World Cup.