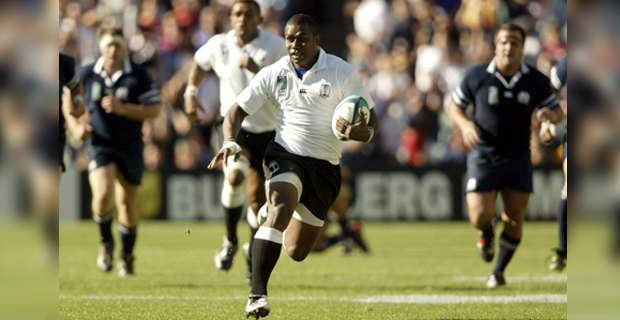 Caucau played at wing for the Fiji 15s team from 2003 to 2011 and also played for the Blues in the Super Rugby. He is also the only Fijian to appear in a worldwide Nike ad.

In his prime days, he was generally regarded as one of the best-attacking players in the world.

Meanwhile, former stars and legends of 7s have arrived into the country to be part of the 10th anniversary of the Fiji Coral Coast 7s.

The McDonald’s Coral Coast 7s has kicked off today with the Youth competition where defending champions Tuva Youth began their campaign with a 26-12 win over Saunivalu Nadi they thumped Ratu Filise Youth 19-7 in their second match.