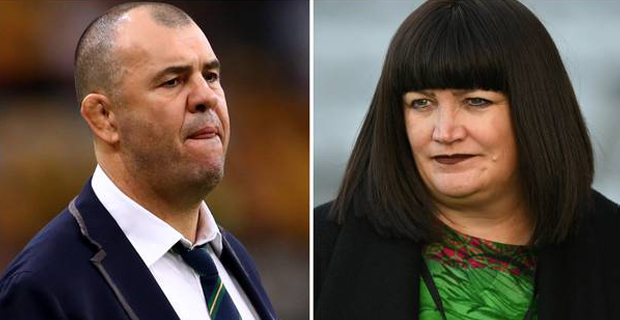 Rugby Australia chief Raelene Castle felt compelled to write a letter of apology over the behavior of the Wallabies squad at the Rugby World Cup in Japan.

According to media reports, RWC tournament organisers were unhappy with a number of the Australian players in Japan, including former coach Michael Cheika.

The Sydney Morning Herald reported that they saw Castle's letter, in which the Kiwi bids to make amends for Cheika's criticism of World Rugby and referees and presenting a general "us against them" attitude during the tournament.

In particular, Cheika criticised the decision to slap Wallabies winger Reece Hodge with a three-week suspension for a dangerous tackle on Fiji's Peceli Yato, which left World Rugby bosses unimpressed

Cheika revealed after the tournament that he would not seek an extension to the five-year spell he served after the Wallabies were beaten 40-16 by England in the quarter-finals.