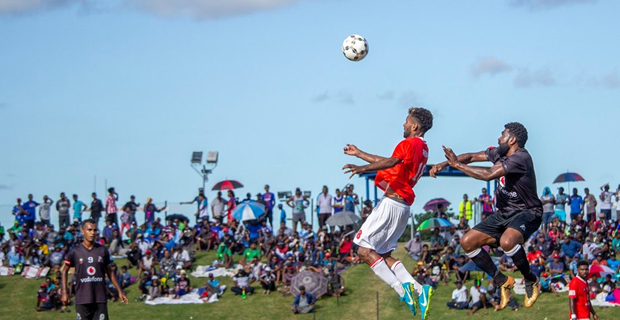 Rewa soccer team coach, Pita Rabo says they know their fans have been disappointed with their performance this season but they want to give something back to them by winning their first Courts IDC title since 2010.

Rabo says the team has been training well for the past two weeks and will be playing a warm-up match against Lautoka on Sunday before their match against Nasinu next Tuesday.

He says their focus is only on Nasinu at the moment and they have a plan for them because Nasinu is a good side and have done very well this season.

He also says that the return of experienced defender Samuela Kautoga has boosted the side and its important that they build a combination around him amongst the young boys.

The Courts IDC starts next Tuesday at Prince Charles Park where Ba will play Tavua at 1.30pm, Rewa takes on Nasinu at 3.30pm, Labasa will battle Lautoka at 6pm while Nadi faces Suva at 8 pm.

You can catch the live commentaries of the Ba Tavua, Labasa Lautoka and Nadi Suva match on Radio Sargam.