Reports that Dave Rennie is a contender for Wallabies coaching job

Reports that Dave Rennie is a contender for Wallabies coaching job 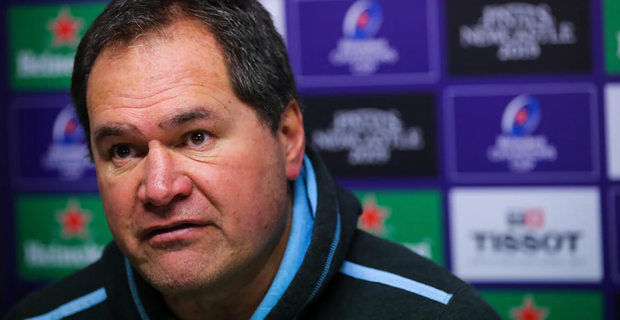 With Michael Cheika no longer Wallabies Coach, Australian outlet AAP have drawn up their shortlist of potential coaches to take the helm.

Japan's Kiwi coach Jamie Joseph is another to possibly find himself in contention.

In the Rugby World Cup semifinals this weekend, the All Blacks will face England at 8 pm this Saturday in the first semi-final while Wales will take on South Africa at 9 pm this Sunday in the second semi-final.

The short-priced favourite. Calm, intelligent, successful at Super Rugby level and shares a close association with Scott Johnson.
The seasoned Kiwi coach has committed to seeing out his Glasgow Warriors contract, which finishes in June 2020, meaning he wouldn't have long to get his first Wallabies team up to speed. Is said to have support on the Rugby Australia board to return to the job he held from 2001-05.

Is contracted with England for another two years but there's no guarantee he'd see that through given the fickle nature of the post.

Jones has intimated he'd consider returning to Australia or even coaching a tier two team but in April opined there should be "generational change" the next time a Wallabies coach is appointed. Boasts the fastest rising stock in the coaching game such has been his impact with Japan at the Rugby World Cup.

Speculated as an All Blacks coaching prospect although the tough Kiwi has also made noises about staying on with the Brave Blossoms. In charge of Australia's premier Super Rugby team. Had them humming for large parts of 2019 but may need another good year before he enters the international stage.

Attack consultant with England but has limited head coaching experience. It would be a left-field selection and shapes as a more likely assistant.