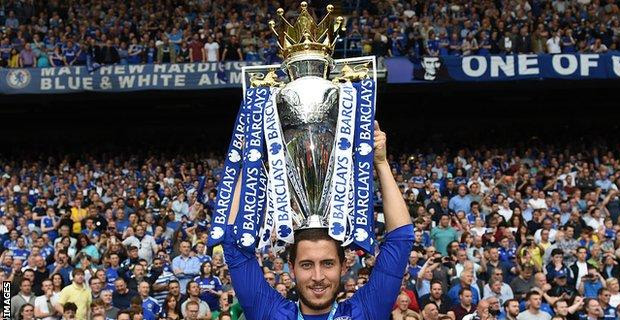 Eden Hazard won two Premier League trophies with Chelsea, with the most recent coming in the 2016-17 season[Photo:BBC]

Real Madrid have agreed a deal to sign forward Eden Hazard from Chelsea for a fee that could exceed £150m.

Hazard has agreed a five‑year contract and will be presented as a Real player on 13th June, subject to a medical.

The Belgian scored 110 goals in 352 games for Chelsea after joining from Lille in 2012, and scored twice as they won the Europa League final last week.