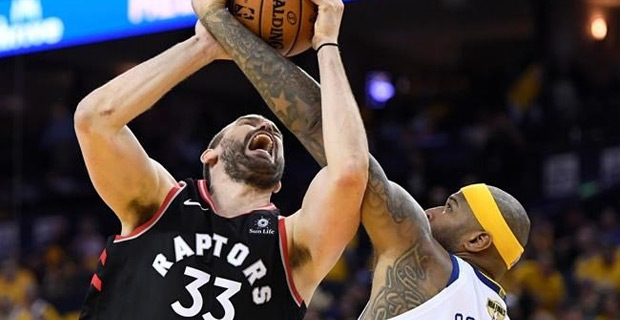 The Toronto Raptors beat the Golden State Warriors by 105-92 in game 4 of the NBA finals’ series.

The Raptors are now one more win away from their first NBA championship as they take a commanding 3‑1 series lead.

After the Golden State Warriors came out firing in the first quarter, the Raptors were able to withstand the charge behind Kawhi Leonard's game‑leading 36 points and 12 rebounds. A 37‑point third quarter by Toronto ‑‑ with 17 of those coming from Leonard ‑‑ proved to be the difference in Game 4.

Kawhi scores a #NBAFinals career-high 36 PTS and the @Raptors win Game 4 on the road!

Game 5 will be played at 1pm Tuesday.