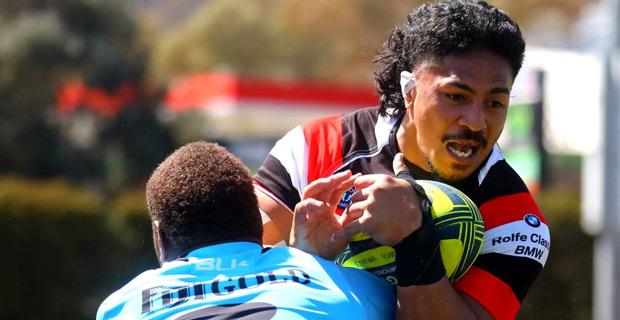 Brumbies loose forward, Pete Samu will be the main man the Canberra Vikings will look up to in their home semi-final clash against the Fiji Airways Fijian Drua this week.

He adds playing against the Fijian Drua this week will be a tough battle since the Drua are the defending champions.

Samu says to defeat them they need to stay focus and follow their gameplan as they have been doing throughout the tournament.

Canberra Vikings will face the Fijian Drua at 4pm in the second semi-final of the National Rugby Championship this Sunday.

Brisbane City will play Western Force at 4pm in the first semi-final this Saturday.

Registrar of Political Parties, Mohammed Saneem has suspended SODELPA for 60 days as it has failed to conduct its management board meeting as per thei... 16 minutes ago
LATEST NEWS

The WHO suspends testing of hydroxychloroquine as a possible Covid-19 treatment. A study suggested the drug could cause heart problems in patients ... 12 minutes ago

Registrar of Political Parties, Mohammed Saneem has suspended SODELPA for 60 days as it has failed to conduct its management board meeting as per ... 16 minutes ago