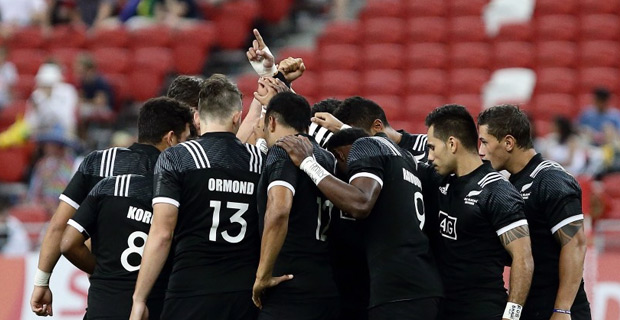 Experience and speed should be expected from the New Zealand 7s team in the Oceania 7s next month.

This, especially after the signing of promising 17-year-old New Zealand school-boy star Jacob Kneepkens with the All Blacks Sevens for two years. He follows in the footsteps of emerging stars including Rieko Ioane, Vilimoni Koroi and Etene Nanai-Seturo who started their professional rugby careers in the All Blacks Sevens programme.

Coach Clark Laidlaw is expected to include a similar squad to the one that played in the Octoberfest 7s last month where two players made their debut. Those two players are Dan Fransen and Rewita Biddle.

The All Blacks 7s team is pooled the Fiji Airway's Men's National 7s team, Japan, New Caledonia and Niue in the Oceania 7s which will be held from the 7th to the 9th of next month at the ANZ Stadium in Suva.

Fiji is the defending champion of the Oceania 7s.