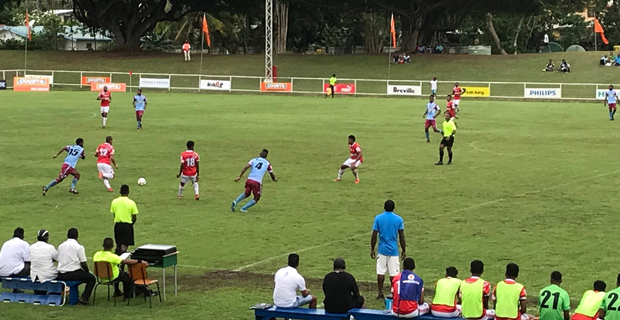 Tagged as the giant killers, the Nasinu soccer team has created a major upset in the Courts IDC beating Rewa 2-1 at Prince Charles Park this afternoon.

Goals from Joseph Mishra and Luke Save gave Nasinu a two-goal lead before Kavaia Rawaqa pulled a goal back for Rewa.

Goalscorer Joseph Mishra says it was important for them to get a good start in the tournament.

Nasinu will now play Suva in their next match at 4 pm tomorrow.

You can catch the live commentaries of the Labasa vs Lautoka and Nadi vs Suva matches on our sister station, Radio Sargam.