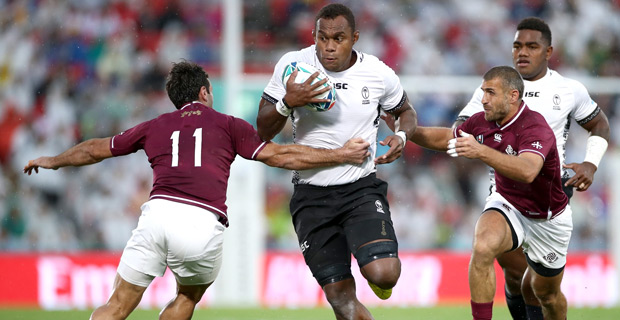 The club had given Nakarawa 15 days mandatory vacation following the elimination of the Flying Fijians from the Rugby World Cup tournament last month.

Rugbypass reported that Nakarawa had to report back to camp last week but he is still in Fiji and allegedly has not been in contact with the club for a number of weeks.

Racing 92 coach, Laurent Travers, and his staff had wanted to call the player since he was earning the second-highest pay in the club behind Scotland’s Finn Russell.

Travers stated they are considering opening a disciplinary procedure against Nakarawa that could range from a warning to a sanction or to something more serious or the potential of dismissal for serious misconduct.

Nakarawa’s failure to check back into Racing’s training ground is not the only post-World Cup problem the club is facing as prop Ben Tameifuna reported back for duty overweight at 160kgs and has been told that he will not be selected to play until he gets his weight back to the 140kg where he was at the time he left for World Cup duty for Tonga in Japan.