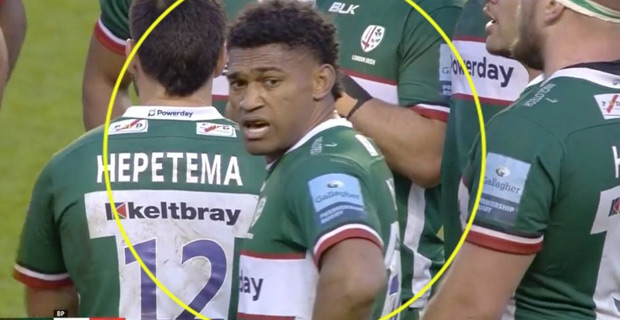 Former All Black Waisake Naholo is lighting up the Premiership for London Irish, scoring another solo stunner.

Naholo, who played 26 tests and scored 16 test tries for the All Blacks, has been an instant hit the with the London Irish fans and it's not hard to see why following his 60 metre try in London's 27-27 draw with the Bristol Bears.

The former Taranaki and Highlanders winger plucked an intercept out of the air and sprinted 60 metres to score early in the second half.

Naholo's try came at a critical time when Bristol were looking likely on attack and were leading 15-10.

A 37-year-old man who is alleged to have raped, assaulted and robbed a 58-year-old woman in a settlement in Suva has pleaded not guilty to all his ... 28 seconds ago

A 36-year-old man from Samabula who was allegedly found with two bags of methamphetamine and five bullets of marijuana has been remanded in custody ... 5 minutes ago

Former Lawyer Shazran Abdul Lateef and Zoe Maharaj Moore who are charged with drug-related offences will take their plea on the 22nd of this ... 7 minutes ago

Police and the Land Transport Authority of Fiji are searching for a suspect of a hit and run incident which caused the death of a man in Saweni, ... 13 minutes ago

A man with Covid-19 left managed isolation in Auckland for more than an hour and went to a supermarket in the central city. The man, New Zealand's ... 55 minutes ago
More News
TOP