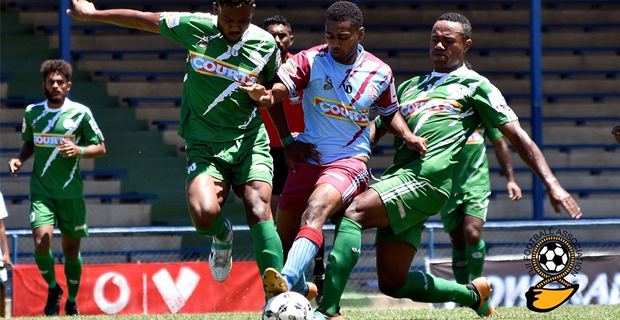 The Nadi soccer team has qualified for the semifinals of the 2019 Courts IDC after defeating Nasinu 1-0.

Rusiate Matarerega scored for Nadi in the 56th minute of play.

Matarerega says they had no choice but to win.

He says the team will do their very best going into the semi-finals.

Ba was the first team to qualify after beating Lautoka 2-0 yesterday.

You can catch the live commentaries of the Suva – Rewa match at 3pm and the Ba – Labasa match at 5pm on Radio Sargam.

Meanwhile, Lami has qualified for the Senior division semi-finals after beating Northland Tailevu 2 - 0 in its final group A match today.