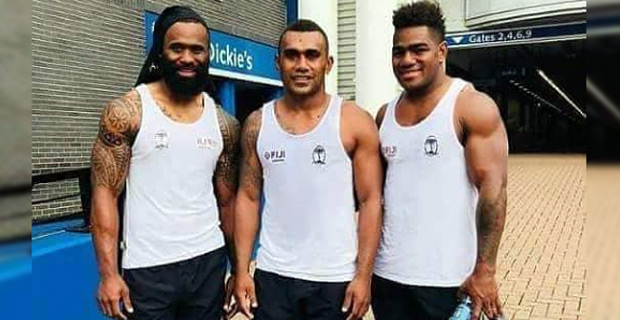 Fiji Airways Flying Fijians Head Coach, John McKee has named a very experienced  42‑member squad which will march into camp on the first of next month to prepare for the test matches against the Maori All Blacks, the Pacific Nations Cup and the Rugby World Cup.

He says he is happy that all the players have declared their availability and are injury free heading into the camp.

McKee says they have got a very good balance across the squad of experienced players but also some younger players who have been putting pressure on more senior players.

France‑based utility forward, Dominiko Waqaniburotu will once again captain the side after a successful outing during the autumn tour test match last year.

McKee says being named in this squad is no guarantee of going to the Rugby World Cup as there is a lot of competition and work to be done across all their camps and the Maori All Blacks test matches and Pacific Nations Cup.

McKee says these players have been in their best form playing for their provincial clubs in Skipper Cup, Fiji Airways Fijian Drua and in the Swire Shipping Fijian Latui team.

Fiji Airways Flying Fijians kick off their campaign against Maori All Blacks on the 13th of July at ANZ Stadium and will then play a return match in Rotorua on the 20th before preparing for the Pacific Nations Cup.