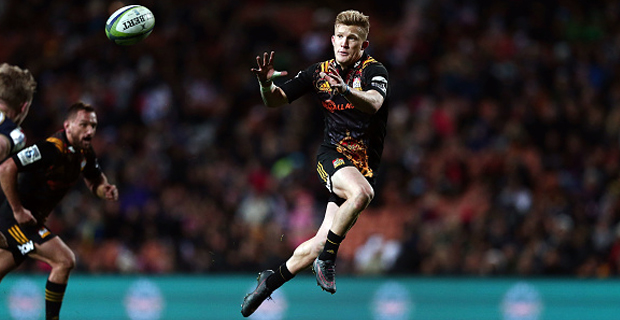 Damian McKenzie has been earmarked for fullback at the Chiefs with new coach Warren Gatland hoping the little playmaker will line up in the opening Super Rugby clash against the Blues.

McKenzie's 2019 season and Rugby World Cup dreams were wrecked by a knee injury, and his rare form of utility value was sorely missed by the All Blacks.

McKenzie is a brilliant test bench option but his role could be influenced by whether new All Black boss Ian Foster retains Beauden Barrett at 15 or switches him back to starting first five-eighths.

McKenzie's career has veered between first five-eighths and fullback but Gatland says returning veteran Aaron Cruden would go into the season as the preferred No. 10.

The Chiefs will face the Blues at 6.35pm on the 31st of this month.