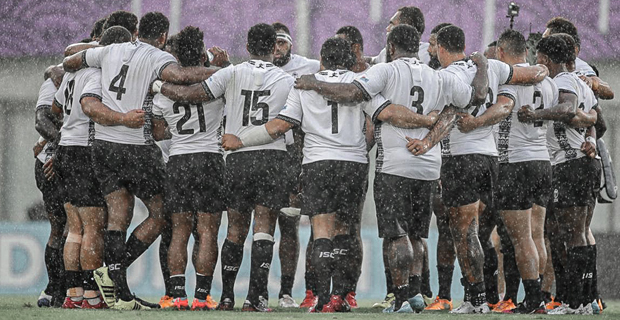 Fiji Airways Flying Fijians Coach John McKee is proud of what the players achieved in their game against Wales last night.

Speaking after their 29-17 loss to Wales, McKee says they really took the game to another level against the Six Nations champion.

He says a lot of work has gone into their preparations and the players have put in their best for this tournament.

Flying Fijians captain, Dominiko Waqaniburotu says it is not always easy taking part in this tournament, the pressure is always there and the players performance after their defeat was very professional and graceful.

That was a pulsating encounter 👏

Fiji remains in third place in their pool with 7 points, Australia is now in second with 11 points while Wales is in first place with 14 points.

Serious stats from @mastercard Player of the Match Semi Radradra.

Two more matches are left in Pool D with Australia taking on Georgia at 10.15 pm tomorrow while Wales will face Uruguay at 8.15 pm this Sunday.