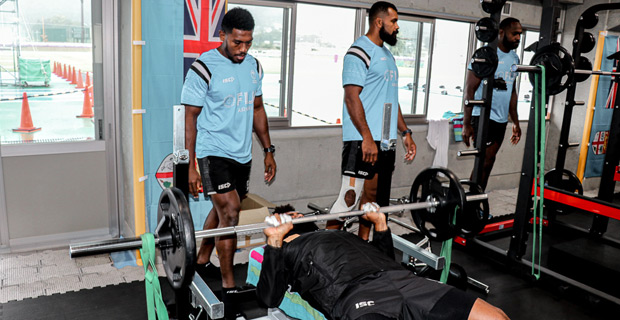 Fiji Airways Flying Fijians coach John McKee believes with some small technical adjustments they can fix problems with their scrum before their match against Uruguay tomorrow.

The national side struggled to match the Wallabies in their scrum and mauls last Saturday. It was exploited by the Wallabies who used it to put points on the board.

McKee says Uruguay will be a different team compared to the one Fiji had defeated 68-7 in November last year.

Flying Fijians will take on Uruguay on Wednesday 25th at 5:15PM #RWC2019 #FlyingFijians

McKee says this will be Uruguay’s first game at the Rugby World Cup and they expect a much-improved team.

He adds they played at Kamaishi Memorial Stadium against Japan during the Pacific Nations Cup,  so they are very familiar with the Stadium and training facilities which have helped them settle in very quickly.

Fiji will take on Uruguay in an all-important match at 5.15pm tomorrow.