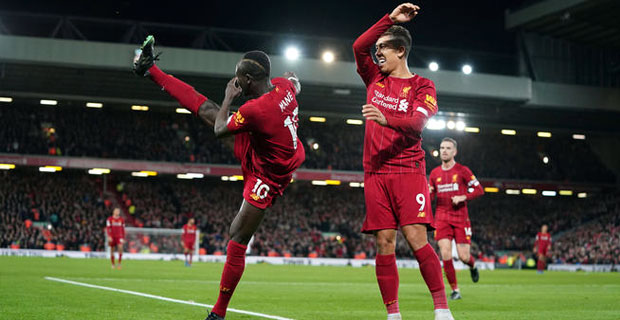 Roberto Firmino scored the only goal of the game as Liverpool beat Tottenham Hotspur 1-0 on Saturday to remain unbeaten in the Premier League in 2019-20.

Leicester City stay in second place but suffered a surprise defeat to Southampton. The Saints ran out 2-1 winners at the King Power Stadium, gaining some revenge for their 9-0 thrashing by the Foxes in October.

Meanwhile Manchester United cruised past Norwich City, Chelsea saw off Burnley at Stamford Bridge and Arsenal were held to a draw by Crystal Palace at Selhurst Park.

Everton beat Brighton & Hove Albion at Goodison Park, while Wolverhampton Wanderers were held to a 1-1 draw by Newcastle United.

Liverpool now lead the points table with 61 points while Leicester is second with 45 points.

Results are as follows :