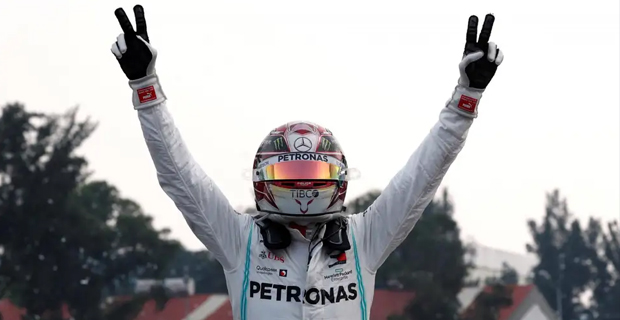 The result means Hamilton becomes the second most successful F1 driver of all time - moving the Mercedes driver to within one championship of all-time record-holder Michael Schumacher, whose tally of seven is now within his reach.

Hamilton failed in a valiant attempt to win the race by trying a different strategy to team-mate Valtteri Bottas but that did not matter such was his points advantage.