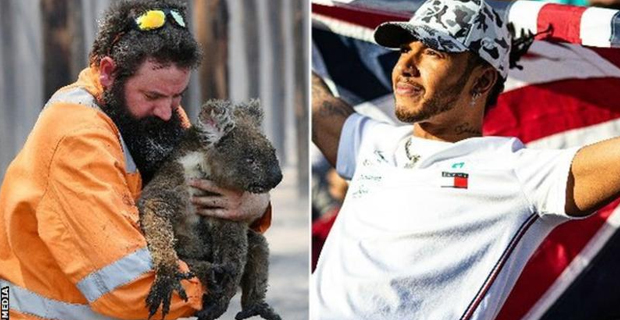 A six-time Formula One World Champion Lewis Hamilton says he will be donating to support the fire service and animal welfare charities affected by fires in Australia.

The Formula 1 world champion pledged $500,000 and says he can not help but grieve for the defenceless animals that have died in the fires.

The bush-fires have burnt more than 6.3 million hectares across the country and 27 people have died.

Hamilton urged Australia to "keep fighting" in a message on Instagram.