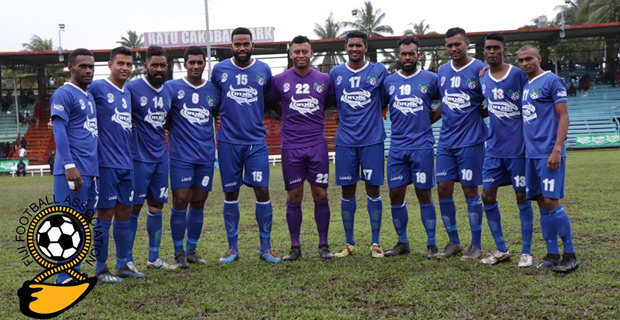 Defending Champions Lautoka will be looking to become the first side to win the Courts IDC three years in a row in 39 years when the tournament officially kicks off at Prince Charles Park today.

Lautoka has won the IDC title for the past two years where they beat Ba on penalties in the 2017 final and Suva by 1-0 last year.

The last time any team achieved such a feat was the Ba side who won the title six times in a row between 1975 to 1980.

The side will be relying on key players such as Zibraaz Sahib, Poasa Bainivalu, Jone Vesikula, Dave Radrigai, Benjamin Totori, Samuela Drudru, Jone Vono Jnr and Beniamino Mateinaqara to help them achieve the difficult task.

Lautoka have already played in the final of the Inkk Mobile BOG this year but were beaten by Labasa, who they will face in their opening match this evening.

The Courts IDC starts today where Ba will play Tavua at 1.30pm, Rewa takes on Nasinu at 3.30pm, Labasa will battle Lautoka at 6pm while hosts Nadi faces Suva at 8pm.

You can catch the live commentaries of the Ba vs Tavua, Labasa vs Lautoka and Nadi vs Suva matches on our sister station, Radio Sargam.

Speaker of Parliament Ratu Epeli Nailatikau has informed parliament this evening that the Social Democratic Liberal Party (in suspension) or any of ... 6 hours ago