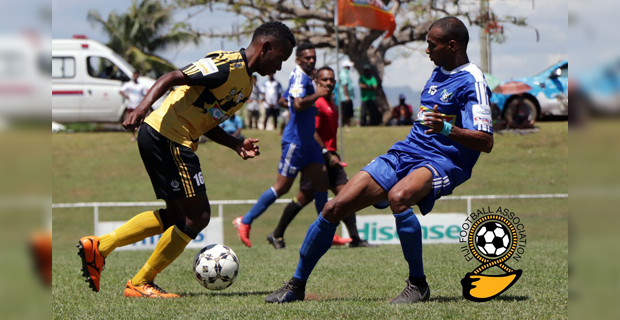 The Lautoka Soccer team has defeated Tavua 7-3 in the 2019 Courts IDC.

Both teams were locked nil all at half time.

Lautoka will now have to hope that Ba beats Labasa for Lautoka to qualify for the semifinals.

Labasa need a draw with Ba to qualify for the semifinals.

Lautoka striker Samuela Drudru says they didn't make use of a lot of chances today and now they have to await the result of the Ba Labasa match.

Drudru adds the team lacked experience when they lost to Ba.

Nadi and Ba have already qualified for the semifinals.