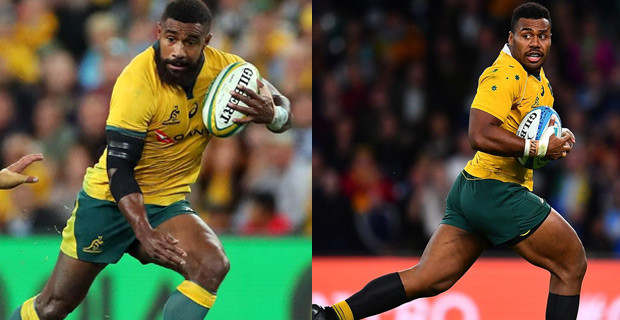 An impressive performance by Marika Koroibete and Samu Kerevi has helped the Wallabies stun the All Blacks and set themselves up to take home the Bledisloe Cup with an inspired 47‑26 Test win in Perth.

Koroibete scored one try while Kerevi helped set up another last night.

The Australians were given little chance of knocking off their arch‑rivals, but delivered their best performance in years to make a statement with the World Cup starting next month.

They must deliver their first win in Auckland since 1986 to secure the Bledisloe Cup for the first time in 17 years.

In an extra sweetener, the All Blacks might surrender their world No.1 ranking to Wales for the first time since 2009 should the Welsh beat England later this weekend.

The All Blacks were forced to play the entire second half with 14 men after lock Scott Barrett was sent off in the 40th minute by French referee Jerome Garces for making contact with the head of Wallabies skipper Michael Hooper with his elbow and shoulder.

While it was a tough call, Australia already had their tails up with a dominant first half and took a 16‑12 lead into the break.

It was difficult to pick the Wallabies' best with Hooper everywhere, halfback Nic White a handful and the entire forward pack deserving a pat on the back.

James O'Connor, starting his first match in six years, also booked his ticket to Japan as he set up a try and gave the attack plenty of options.

The Wallabies extended the margin to 26‑12 early in the second half with giant flanker Lukhan Salakaia‑Loto scoring before Samu Kerevi set up the second. 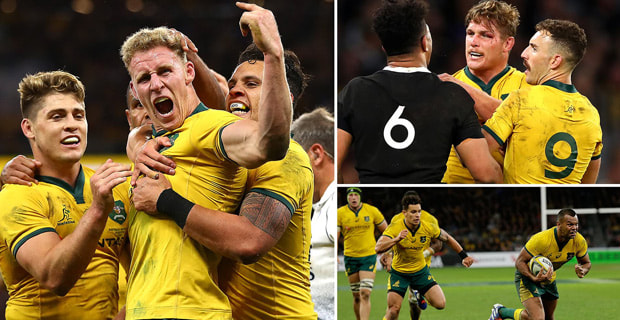 Reece Hodge scored his second try while fellow winger Marika Koroibete, who was equally as dangerous all night, also crossed.

The Wallabies and All Blacks face off in the second Bledisloe Cup test at 7.35pm on 17 August, 2019.

Josua Vakurunabili was too strong for the England defence as he scored two tries to help the Fiji Airways Men’s national 7s team beat England 36-10 ... 1 hour ago
LATEST NEWS

The State Councilor and Minister of Foreign Affairs of the People’s Republic of China Wang Yi met with the Secretary General of the Pacific Islands ... 5 hours ago

Rako Pasefika was the crowd favourite during the finale of the 15th Fiji Fashion Week show as more than 20 singers and dancers got the opportunity to ... 6 hours ago

The search is underway for two men who stormed a neighbourhood shop at Buca Settlement near the Savusavu Airport on Thursday night. Those men were ... 6 hours ago

All 25 villages of Ovalau including Levuka Town have committed to managing their terrestrial, freshwater, coastal and marine ecosystems ... 11 hours ago

1,200 deaths due to tobacco use each year in Fiji

Each year, Fiji records more than 1,200 deaths due to tobacco use and exposure to second-hand smoke. That's according to Assistant Minister for ... 11 hours ago
More News
TOP