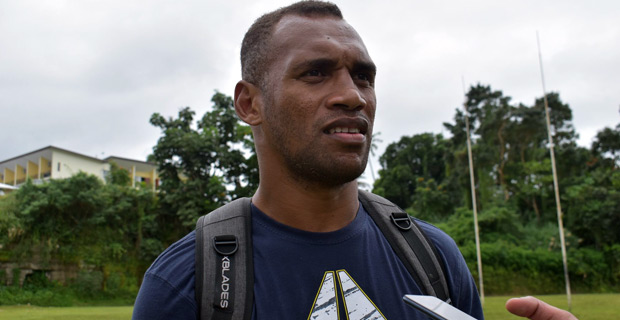 Former National 7s captain and Olympic Gold Medallist Osea Kolinisau have congratulated national 7s star Jerry Tuwai for winning the World 7s Player of the Year Award, saying that it could not have happened to a better person.

Speaking to Fijivillage, Kolinisau says he still remembers the day when a young Jerry Tuwai came into the Fiji 7s camp.

He recalled Tuwai’s first day in camp when he was sitting alone in the dark underneath the sheds at the Uprising Grounds because he was too shy to hang around with the senior players in the team.

Kolinisau says that he wants to follow in the footsteps of former coach Ben Ryan and get into coaching after finishing his career.

He adds that he has spent so much of his life playing sevens rugby and he wants to coach sevens but says that is still 2 to 3 years away from now.

Kolinisau has also wished the 7s team who are currently preparing for the Oceania 7s and the upcoming 7s series.