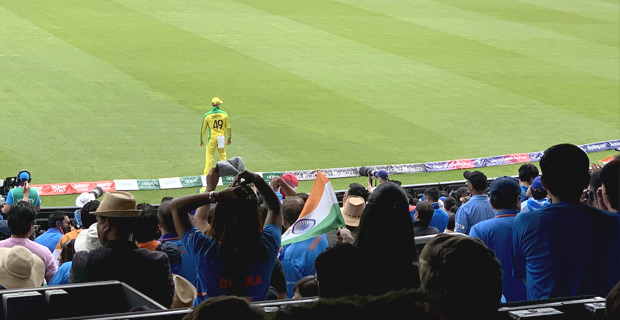 India skipper Virat Kohli has stood up for his Australian rival Steve Smith among a cascade of boos from Indian fans.

In their Cricket World Cup encounter overnight won by India Smith was booed heavily when he went to field on the boundary during India's innings with Kohli at the batting crease.

The Indian captain responded by gesturing for his team's supporters to applaud Smith instead.