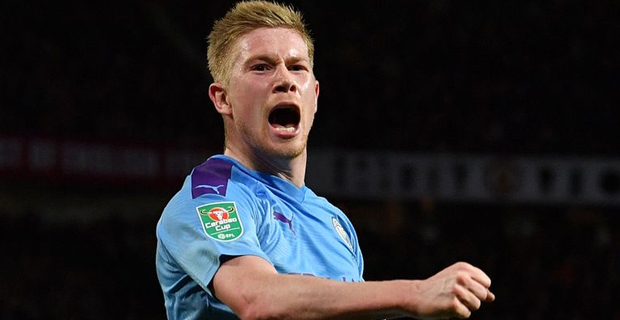 Manchester City star Kevin De Bruyne says they spent just 15 minutes preparing the false-nine tactics that helped to blow Manchester United away in the first half of their Carabao Cup semifinal yesterday.

City blitzed their rivals in the first-half, going 3-0 up in 38 minutes during the semi-final first leg at Old Trafford.

But despite their lack of experience with the tactic, De Bruyne says they did 15 minutes on it in the morning, that's about it.

The second leg is on the 30th of this month.