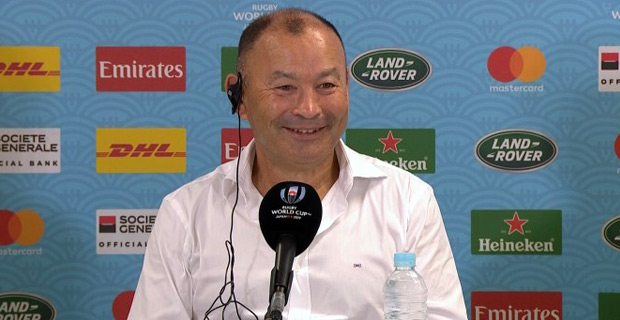 England coach Eddie Jones has called the All Blacks “the greatest team that has ever been in the sport” as he spoke about his team being on the brink of greatness if they can beat New Zealand this weekend.

Although England has not beaten the All Blacks under Jones' leadership, he does have the experience of breaking the Kiwi hearts at this stage after masterminding Australia’s win over the All Blacks in 2003.

Jones says they have a challenge this week playing against the greatest team that has ever played the sport of rugby and if people look at their record, no other team has come closer to their winning record.

He says the England team this week needs to be better and be much more improved and this can only be done through their week-long preparation.

He adds the All Blacks are a great team with a great coach and a great captain but like any other team they are beatable and there are ways to beat them so they will investigate every possible way of how we beat them during their preparation.

The All Blacks will face England at 8pm this Saturday in the first semi-final while Wales will take on South Africa at 9pm this Sunday in the second semi-final.

Registrar of Political Parties, Mohammed Saneem has suspended SODELPA for 60 days as it has failed to conduct its management board meeting as per thei... 21 minutes ago
LATEST NEWS

The WHO suspends testing of hydroxychloroquine as a possible Covid-19 treatment. A study suggested the drug could cause heart problems in patients ... 16 minutes ago

Registrar of Political Parties, Mohammed Saneem has suspended SODELPA for 60 days as it has failed to conduct its management board meeting as per ... 21 minutes ago