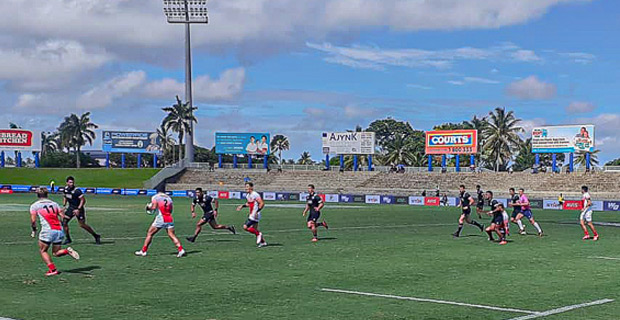 New Zealand is still in the run for the Oceania title if they defeat Fiji at 7.26 tonight.

This is a development Japanese side.

Japan had earlier won their first match against Niue 50-0 and was thumped by Fiji 31-0 in their second game.

New Zealand is still in the run for the Oceania title if they defeat Fiji at 7.26 tonight.

Coach Clark Laidlaw says it was frustrating to lose with some of the younger players making some mistakes.

Laidlaw says they need to put on a better performance when they'll face Fiji tonight and get the young players more expose to getting pressured by Fiji.