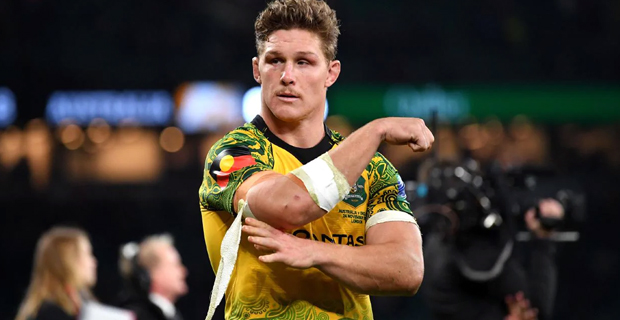 If Australia reaches the eliminations of the 2019 Rugby World Cup, captain, Michael Hooper, will be the fastest and youngest player to reach the 100th test milestone.

The 27-year-old has a total of 97 test match for the Wallabies and being named in the squad for tomorrows clash against Uruguay will draw him closer to the 100 mark.

All Blacks lock Sam Whitelock tops the current list, having taken eight years and 67 days to reach his century.

The Wallabies will face Uruguay at 5.15pm tomorrow.