France are top of the Six Nations table after a 35-22 bonus-point win despite a lacklustre second half against Italy. 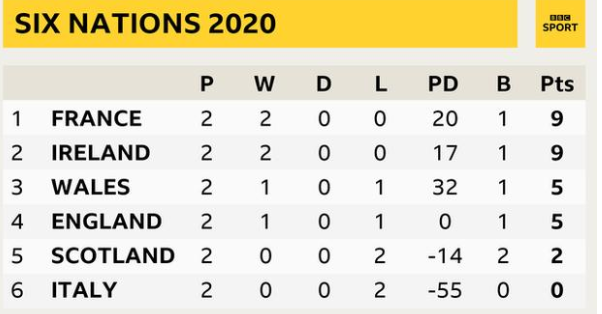 A Tommaso Allan penalty cut France's lead to three, but Gregory Alldritt went over just before the break.

Mattia Bellini added a consolation score for Italy, but France held on for a victory which sees them move to the top of the table on points difference from Ireland.

France have not won the Six Nations since 2010.