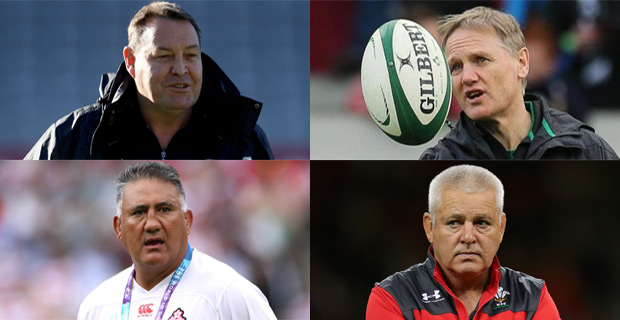 Steve Hansen who is the Head Coach of the All Blacks, Joe Schmidt for Ireland, Jamie Joseph for Japan and Warren Gatland for Wales

Four of the eight teams that have qualified to the quarter-finals of the Rugby World Cup are coached by New Zealanders.

This includes Steve Hansen who is the Head Coach of the All Blacks, Joe Schmidt for Ireland, Jamie Joseph for Japan and Warren Gatland for Wales.

Hansen and Schmidt will go head-to-head this Saturday, so it will be the end of the tournament for one them.

Schmidt says the All Blacks have been the benchmark for a decade and beating them at the Rugby World Cup would be a mountain to climb.