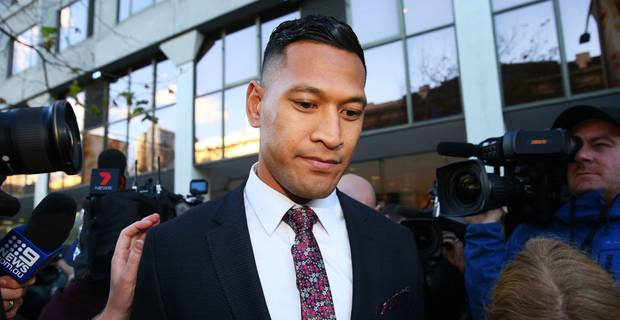 According to The Daily Telegraph, Folau has lodged an updated statement of claim in the Federal Court, increasing his demands by A$4 million.

To justify his demands, Folau has reportedly estimated how much he would have earned had he been promoted to the role of Wallabies captain.

Folau had his contract terminated by Rugby Australia in April for posting homophobic comments on social media.

CCTV cameras will soon be installed in locations around Nausori Town to help Police deal with growing concerns about the increasing number of criminal... 23 minutes ago
LATEST NEWS

A 19-year-old woman will give evidence in her uncle’s rape trial which will begin next Wednesday. Suva High Court Judge Justice Salesi Temo was ... 20 minutes ago

US President Donald Trump has issued an executive order banning any transactions with ByteDance, the Chinese company that owns the video-sharing app ... 57 minutes ago

One more person has died from COVID-19 in Papua New Guinea, bringing the total to three. Authorities said the latest victim is a 62-year-old man ... 60 minutes ago