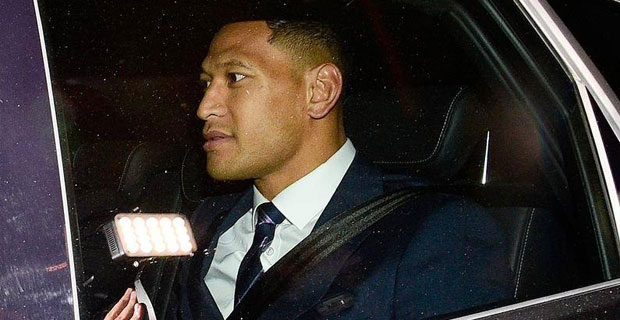 After 12 hours of negotiations Israel Folau and Rugby Australia, have not come to a resolution, but talks will continue.

TVNZ News reports the sacked Wallaby and his netballer wife Maria Folau went to the Federal Court in Melbourne yesterday for a mediation meeting over his $14 million compensation claim against Rugby Australia.

Folau claims he was wrongfully dismissed by Rugby Australia and Rugby NSW after a controversial Instagram post in April condemning "drunks" and "homosexuals" and warning "hell awaits" them.

The former rugby league and AFL player last week increased his compensation claim from $10 million to $14 million, and said the Wallabies would have done better in the 2019 Rugby World Cup if he was playing.

Ten people were arrested for breaching the nationwide curfew from 10 o’clock last night to 5 o’clock this morning with one suspect possibly ... 49 minutes ago

A Police officer has been charged with Failure to Comply with Orders after allegedly breaching the curfew over the weekend. During the curfew ... 50 minutes ago