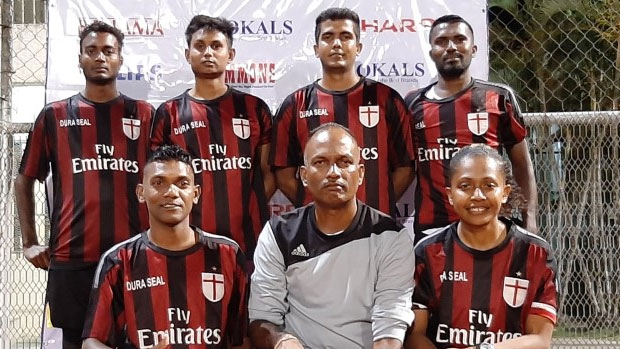 Carpenters Fiji is the first team to introduce a female player in the open division of the Ariston, Gokals, Whirlpool Southern Business House Futsal Soccer League.

Olivia Finau featured for the team and also managed to score a goal.

Event organiser Alan Kumar says this is in line with their theme, ‘A fight against NCDs and giving equal playing field.

Team captain, Mohammed Mustak Khan says it was an honour to have a female member in their team and has urged other teams to consider the same.

He says Olivia played really well and this goes to show the hidden potential female futsal players have.

40 teams including four womens and veterans teams are taking part in the competition.