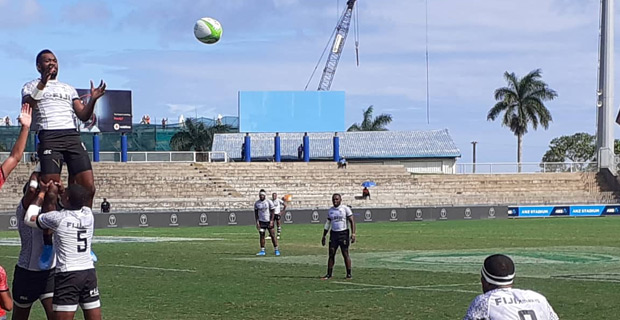 Fiji Airways Men's National 7s Team Coach Gareth Baber says their victory over Japan SDS on the first day won't mean anything when the two sides face off in the final of the Oceania Men's International competition this afternoon.

Baber says Japan SDS are a dangerous side who are quick to utilize spaces on the field and they will have to be ready for them.

He says he is pleased with the performance of the side so far especially the new players who played New Zealand for the first time last night.

Fiji will play Japan SDS at 4.14pm today while Australia play Samoa in the Men's Olympic Qualifier Final at 4.36pm.

The winner of the Fiji vs Japan SDS match and the Australia vs Samoa match will then play in the final of the Oceania Men's Sevens Tournament which is at 7.50pm today.

The Fiji Airways Fijiana 7s Team will take on Samoa in the first semifinal of the Women's Olympic Qualifier at 12.12pm while Papua New Guinea take on Solomon Islands in the second semifinal at 12.34pm.

The Women's Olympic Qualifier final is at 3.52pm.

Australia will take on New Zealand in the Women's Oceania International Final at 3.30pm.

The winner of the Women's Olympic Qualifier Final and the Women's International Final will then play in the final of the Oceania Women's final which is at 7.19pm.