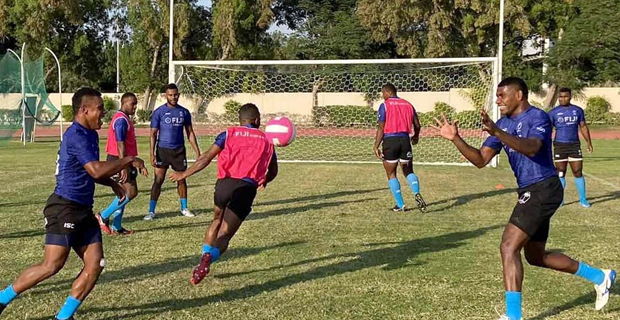 The Fiji Airways Men’s National 7s team are gearing up for another HSBC 7s Series tournament as they will be aiming to win their third Dubai 7s tournament this week.

The Fiji 7s team started their preparations this morning in Dubai as the 14 players battle it out for a spot in the 13 member Team for Dubai 7s.

Fiji has won the Dubai 7s tournament only twice in 2013 and 2015 but has been the runner-up for six times.

Fiji Coach, Gareth Baber has been tirelessly working on some of the weaknesses he saw during their last season campaign which is discipline, fitness and skills.

Baber says it is nice to always have a good start adding it can set them up for the season.

Baber is expected to name his 13 member squad for Dubai 7s tomorrow or Wednesday.

Fiji’s seasoned diplomat and former Minister for Foreign Affairs, Ratu Inoke Kubuabola has been nominated as Fiji’s candidate for the position of ... 32 minutes ago