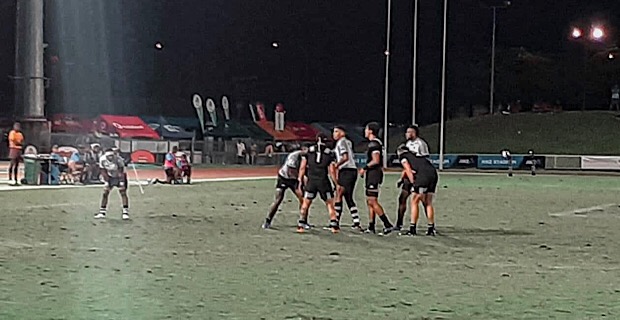 The Fiji Airways Men’s National 7s Team will play Japan SDS in the final of the Men's Oceania International Competition after beating New Zealand 21-15 in their final pool match.

Isoa Tabu added another try in the second half to secure the win.

Fiji will play Japan SDS at 4.14pm tomorrow while Australia play Samoa in the Men's Olympic Qualifier Final at 4.36pm.

The Fiji Airways Fijiana 7s Team will take on Samoa in the first semifinal of the Women's Olympic Qualifier at 12.12pm while Papua New Guinea take on Solomon Islands in the second semifinal at 12.34pm.

The Women's Olympic Qualifier final is at 3.52pm.

Australia will take on New Zealand in the Women's Oceania International Final at 3.30pm.