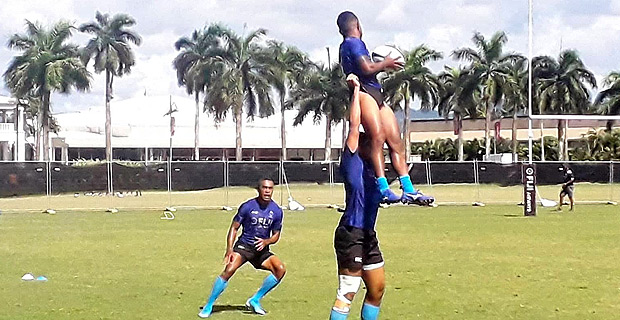 One area the Fiji Airways Men's National 7s Team will be working on during the Oceania 7s tournament is the team's defence systems.

Coach Gareth Baber says a good defence wins tournaments as it was evident in the recent Rugby World Cup in Japan.

Baber says he will also be working on the players' discipline.

Baber adds they are also focusing on defence around the ruck areas.

Fiji is pooled with New Zealand, Japan SDS, New Caledonia and Niue in the Oceania 7s.

Fiji will play Niue at 1.34pm tomorrow, their second game is against Japan SDS at 7.26pm tomorrow, Fiji plays New Caledonia at 3.02pm on Friday before playing the final pool game against New Zealand at 7.26pm Friday.

The Oceania 7s will be held at the ANZ Stadium from tomorrow till Saturday.

Tourism Fiji’s Chief Executive Officer, Matthew Stoeckel has confirmed that they have progressed into Stage Two of their Market Re-entry Plan follow... 10 hours ago
LATEST NEWS