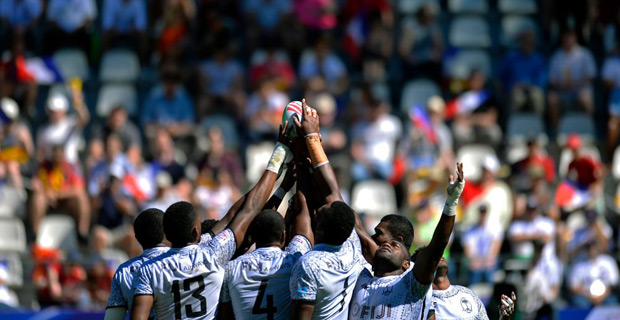 The Fiji Airways Men's National 7s Team has beaten Niue 57-0 in their first pool match of the Oceania 7s at the ANZ Stadium.

Fiji scored four tries in the first half - Josua Vakurunabili and Rusiate Matai scored a try each while Kavekini Tabu scored twice as Fiji led 26-0.

Coach Gareth Baber says Kuruvoli, Matai and Tabu have shown that they can play in an international tournament but their challenge will be when they will face a team that puts a lot of pressure on them.

Fiji's next game is against Japan SDS at 7.26 tonight, they will face New Caledonia at 3.02pm tomorrow and they will take on New Zealand at 7.26pm tomorrow in their last pool match.