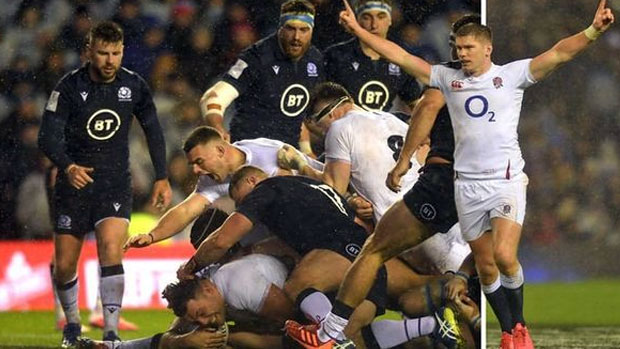 England has kept their Six Nations title hopes alive with a 13-6 win over Scotland in awful weather conditions.

Ellis Genge barrelled home for the only try with 10 minutes remaining as driving rain and strong gusts made for a disrupted, error-ridden contest at Murrayfield.

Captain Owen Farrell struck a penalty in either half, missing three more attempts from the tee as the weather contributed to a low-scoring affair.

Meanwhile, Ireland sent out a statement of intent as they ran in four tries to end Wales' hopes of consecutive Grand Slams with a deserved 24-14 win in Dublin.

Tries from Jordan Larmour and Tadhg Furlong, either side of Tomos Williams' reply for Wales, saw the hosts lead 12-7 at half-time in the Six Nations game.

Serious concerns raised as research shows microplastic in fish and other seafood sources in ... 16 hours ago

Minister for Education, Rosy Akbar says false claims made by SODELPA MP, Ro Teimumu Kepa that there has been a reduction in the boarding grant, amongs... 1 hour ago
LATEST NEWS

207 new junior nurses have been posted to the CWM, Lautoka and Labasa hospitals. They are now part of the health system and will be appointed as ... 16 minutes ago

Two civil servants will be produced in the Suva Magistrates Court today after they were allegedly found with marijuana in Kadavu earlier this ... 49 minutes ago